The following is my reply to James Lavers’ comment shown below under the rubric of “Definition of Life, continued.” As my reply is rather long and elaborate I have decided to publish it as a separate posting. Those who want to comment on it may do so by clicking on the word “kommentarer” at the end of the text or send me an e-mail to Hchcars4(at)yahoo.com.

My understanding of the first part of your comment is
1. that you refute the idea of physical determinism, because it is impossible to predict the movements of sub-atomic particles;
2. that we cannot, however, influence these uncertainties in any way, from which it follows
3. that this “indeterminism”/”uncertainty” does not infer the existence of “free will” and
4. that we react the way we are programmed by our biochemical configuration.

Thus, you are of the view that our individual reactions are mediated purely through our biochemical responses to external stimuli, controlled by our genetic make up. This is what you call “Biological Determinism”.

Having touched upon the regulation of brain receptors and the effect of the environment on biologically mediated human behaviour, you come to the conclusion that the idea of us having no power to affect anything is non-sensical. We are able to influence our environment with our actions, but we cannot decide as to whether we will do so or not. Such decisions are caused by the chemicals in our brains but through our awareness we perceive an “illusion of free will”.

In the second part of your comment you assert your view that the concept of determinism is of considerable interest from a scientific point of view and that searching for the truth is always important irrespective of whether the result can be of any practical use or not.

In the third part you marvel at the origin of the Big Bang and at the emergence of the first biological organism, which you cannot accept as a result of a chemical molecular process. However, you believe that the Darwinian theory of evolution is valid from the moment after which the first single cell was created.

Finally you maintain that neither the start of the universe, nor the unique creation of the first single cell was logical by which I think you mean scientifically explainable using logic.

The above is an honest attempt from my side to summarise your main points as a basis for my comments and I apologise, of course, if I have in any way misrepresented your views. Please correct me if I have. – Let me now proceed with a comparison between your views and mine.

I agree with you that a “Biological Determinism” is a possibility. It is, however, still a theory that needs to be scientifically verified or rejected. It is important that proven scientific methods be applied in our search for the “truth”, whilst we always should remain humbly conscious of the fact that any “truth” may later be replaced by another one based on additional evidence or a clearer analysis.

My rejection of determinism as a useless concept is not founded in a belief that it is false. It may be correct, it may be false. I don’t know. If the theory is proven false, it is, of course, useless. I assume you will agree with me on that. Where we seem to differ is that I also maintain the view that the theory is useless, even if proven correct, because I wouldn’t know what to do with that information.

Would I be depressed being informed by our best scientists in the field that I am just some sophisticated biological machine programmed to exist in this world and behave in certain predetermined ways during a pre-specified period of time? Would that revelation have any impact at all on the way I lead my life? Would I in any way change the way in which I make decisions, if I am told by the scientists that I have no “free will”?

My answer to each of these questions is “no”. Given a scientifically proven information that I am “biologically determined” and therefore unable to freely decide what to think or do, as all this would be handled by the chemicals in my brain, then I would also be unable to act on this information, as there would be no “I” able to do so, only a biological machine.

This is why I think that the theory of determinism is useless, even if it is correct. I believe it is useless also for the reason that our awareness, as you said, “provides the illusion of free will”. You are perhaps right in saying that our sense of having a “free will” and not being biologically (or otherwise?) determined is just an illusion. More famous philosophers than you and I have spent considerable time on discussing the possibility that just about everything may be an illusion, even the entire universe.

My somewhat disrespectful reaction to this is “so what?” – We may be living in an illusion, but that is not our reality! This is not the way we perceive the world or each other. Determinism and lack of free will may be scientifically interesting concepts and may even be correct, but incapable of giving us any guidance for how we should conduct ourselves, therefore useless.

The other theme on which we seem to disagree is about our understanding and valuation of the emergence of the first single cell organism. It is not by chance but on purpose that I have used the word “emergence” and not “creation”, which is easily associated with the words “creator” and “creationism”. Whilst I see this important event as resulting from a physio-chemical process, thus explainable, you see it as something that cannot be logically explained.

To my understanding there are reports already telling how “life” has been produced in a laboratory. See the following link as an example of such reports: http://www.economist.com/node/16163154.
You may rightly say that conditions existing on earth some four billion years ago were quite different from those prevailing in a modern laboratory, but it seems to me quite conceivable that present or future scientists will one day be able to explain how “life” came about in the circumstances prevailing at that very first time.

If this very first cell marked the birth of “life” or wether it was just a bio-chemical machine that initiated a process called evolution, which led to the gradual emergence of forms of “life” able – as you said - to perceive beauty, humour, love and even themselves depends on what one understands by “life”, i.e. by being alive.

In a world where every single step of our lives is predetermined and we have no free will we are in fact no more than bio-chemical machines, more complex but nevertheless comparable to bacteria, mussels, vegetables and worms. In a world where our lives are not predetermined and free will exists, we are categorically different from such creatures in that we have something that they don’t have, i.e. the ability to think, feel, dream, etc, etc. and to be aware of ourselves and our environment. The nature of these abilities is not vegetative but spiritual.

To me the concept of life is also not vegetative but spiritual. Thus, so-called “life forms” lacking this quality are merely bio-chemical machineries similar to any other kinds of machinery. This is also why I – unlike you – do not find their appearance being so extraordinary and non-logical and that the gradual evolution of brains that are able to think and feel is - as you put it - “the evolution’s most sparkling achievement – worth celebrating”. – Yes, let’s drink to that and let it be champagne.

Finally, regarding your points about the origins of the universe and the logic or lack of logic behind it, you may be interested in learning about the M-theory as elaborated by Stephen Hawking in his latest (co-authored) book with the title “The Grand Design”. Whilst you seem to mean that the Big Bang was a unique miracle defying any logical explanation and that “nothing we understand can explain it and likely never will”, Hawking says that “perhaps the true miracle is that abstract considerations of logic lead to a unique theory that predicts and describes a vast universe full of the amazing variety that we see”.

Based on the M-theory, which is yet to be confirmed, Hawking maintains that a whole universe can appear out of nothing. If finite, the theory “can become a model of a universe that creates itself”. Thus, Hawking claims, “it is not necessary to invoke God to light the blue touch paper and set the universe going”. 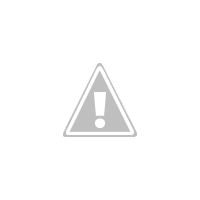